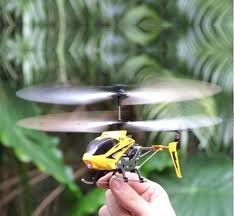 Could this hold as many good feelings as a traditional prayer?

I have a sacred place I go everyday to pray and meditate.

They have a chapel, a meditation labyrinth, desert landscape and beautiful gardens throughout. It is truly magnificent, and I feel immense gratitude that this peaceful oasis is only a few short minutes drive from my home.

Recently, I started taking my ten year old stepson with me on the weekend. When we entered the tiny chapel the first time, he said; “Wow! We have our own church…this place is soooo cool!” I asked him if he wanted to put a prayer in the basket, which he shrugged off. When I went outside and did my walking labyrinth meditation, he went about collecting a bag full of quartz rocks. The joy this gave him was as if he discovered gold nuggets…absolutely precious.

This past weekend he brought along his remote control helicopter, which I gave him permission to fly if no one else was around…so, as not to disturb their quiet time.

As we approached the chapel, I told him I was going to go in and do my prayers and that he could play outside until I came out.

He said he wanted to go inside the chapel with me. When inside, I asked him if there is anything he wanted me to pray for him. He shook his head. I then asked, “Is there anyone you want me to pray for?” He paused, and then thoughtfully answered.

I smiled, and began to write out his request for the prayer basket. Such sweetness!

I explained that this was my quiet time, and that I wouldn’t be talking to him until I finished in about ten minutes. He seemed to understand, but for all you mothers out there, or those who can remember being ten years old…10 minutes is an eternity!

He began to chat with me almost immediately; watch this, look at that, oh no…it’s going down! I stayed my course, kept walking, and remained silent. But he persisted in wanting to talk, and I finally replied.

The miracle is, my tone was kind, and I was truly interested. I responded, not in a “you are interrupting my time” way that I sometimes have in the past, but I really heard him.

In that moment my prayers and mediation came to life, I was able to warmly respond, even though things weren’t going like I planned… and, in turn I was able to share in his awe and wonder.

I don’t know if when he gets older he’ll choose to continue going to the chapel and labyrinth.  However, I am grateful for the time he spends; collecting rocks, flying his chopper, and asking dozens of questions. Perhaps it’s his form of prayer and meditation. After all, he was at absolute peace and brimming over with excitement for what was next. I consider that a pretty good outcome!

That reminded me of all the different ways prayer and meditation have been effective for me over the years; sitting quietly, walking, riding horses, cycling, martial arts, and now a chapel and labyrinth. All were vital and specific to different times in my life.

Do you pray and meditate? If so, do you need quiet, stillness, or do you do better with motion and activity? What form do they take? Has it changed for you over the years? Do you want to get back to it? Now’s the time!

I look forward to hearing from you, supporting you, making suggestions when requested...and as always, I’m in your corner…